the delayed round up 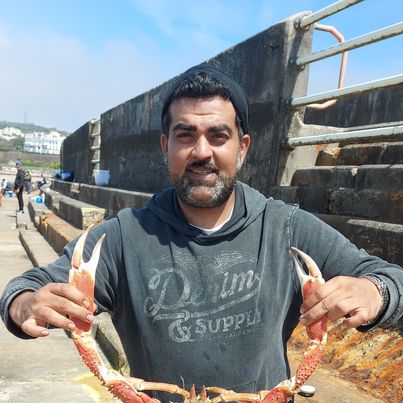 I have now finally updated the promised galleries, hopefully all the pics that are new will appear first on each of the galleries I added to Which includes the new LINE BINS with info about them on the LISA page and the pic on the marina gallery.
Fri and Sat were during the day somewhat sluggish verging on very hard for many. Thankfully the east has continued to tick over on plaice but notable exception to that has been the undulate rays showing up over there of which a couple have been added to the gallery. On the same note we do ask anglers who catch rays to release them all after picturing.
The west wall seemed to struggle more that the east did & most generally agree that things are 3-4 weeks behind on last years levels of catches. Fri there amounted to a couple of bream & tons of pouting, followed by Saturday producing a couple more bream and wrasse but none of size.
Thus we come to a night report for both evenings into the night. Wahey for the mackerel on Friday , a real life saver as the late evening exploded with huge shoals on both walls with the promise of great things from them for the weekend ! (a bit more on that later) Night fishing over the weekend was a definite up and better than the daytimes had been with some nice bass had (eg see steve cooper pic on bass gallery) on the east & congers landed & returned on the west.. add to that bream numbers increased through the nights, wrasse, plaice and a few smaller species. Yes more rays were landed at night and returned over the weekend.

The downer and bad news for anglers over the weekend was that some visitors on Especially Sat night produced a bit of a shit show, with people refusing to comply with marina RULES ABOUT PUTTING TENTS UP (NOT ALLOWED)LIGHTING BBQ’S (NOT ALLOWED)and then the night warden having to deal with DRUNKEN anglers bringing glass onto the walls (again NO GLASS allowed)and kicking off swearing and generally abusing not only the warden but other anglers around them to the degree that Marina security were called to attend and remove them. Sat night more than 6 anglers were kicked off the marina and it wont be tolerated by the marina, by the wardens and im pleased to say by other anglers who chose to intervene and assisted the duty warden, so a big thanks to them.

Back to the fishing reports and into Sunday daytime …. do you remember those Fri night shoals of mackerel ? yes ? good , bad news though , they never came back in numbers, bar a mini shoal sat eve over on the east for a few mins they vanished virtually until this morning (tues) when a fair few hit both walls about 4-5am ! Sun daytime was similar to fri/day … flipping tough going n a case of thank heavens for the plaice on the east which other than a couple of bream(yea they made it to the east) it was a plaice tick over for most but that was realy it over there. The west walls saving grace on sunday was that the extension produced a near dozen bream for the lads fishing the last bay and one 1st time sea angler getting his 1st 3 mackerel in one hit…

The real story of the walls over the weekend though was that it was crab city, a confirmed 5lb crab on the east and possibly 2 the same size on the west ! … monster sizes and tiddler sizes on the west by the ton & i hear heavy number on the east also … folks the SPIDER crabs have invaded ..

plenty of sunshine as the weather has improved so start packing the suncream as the walls are now open 24/7 and the weather has been superb the last few days and looks to continue more of the same for a week or more.
Enjoy the sun but take care, fishing on the walls you are very exposed so, prepare, take plenty of fluids & pack that sun cream , you will need it 🙂

There we are, I promised a full write up, if you got this far , well done and if you are a member of our facebook group, keep us informed of your catches , take pictures, post the pics & those i feel or simply like may well end up on our galleries. Happy fishing folks and thats me signing off 🙂
F 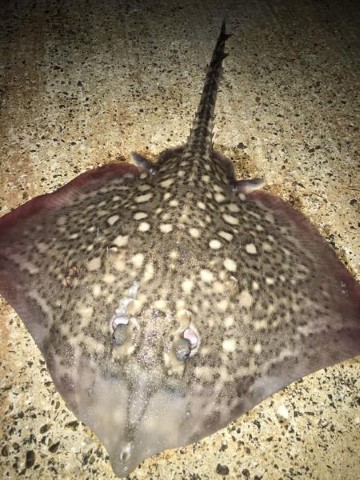