seems a long time ago that….

I added a post here. Unusually for late november we still have both walls open… usually east 8am & west 9am until six ish depending on numbers & how the duty warden calls it, that said friday & sat this week the walls will both stay open until 2am to allow fishing over the late tide. Hopefully if this is successfull we can add a few more dates for extended sessions.

Catches you ask ?, well plenty of whiting some of decent size, pollack while smaller than the wrecks can be had & are quite tasty, a few mackerel still to be had on baits & herring have been showing near the higher tided ,sabiki feathers best bet for them. Still some late season bass to be had prior to Decembers catch and release, if the laws dont change in Dec current laws for bass stay in place.
Squid ? yes , some, not the usually decent run though as the weather has been very disruptive but dont be ready to write of the chance to catch one or two just yet. There are still plaice & flounder about & no doubt some sole to be had also so things are still quite varied 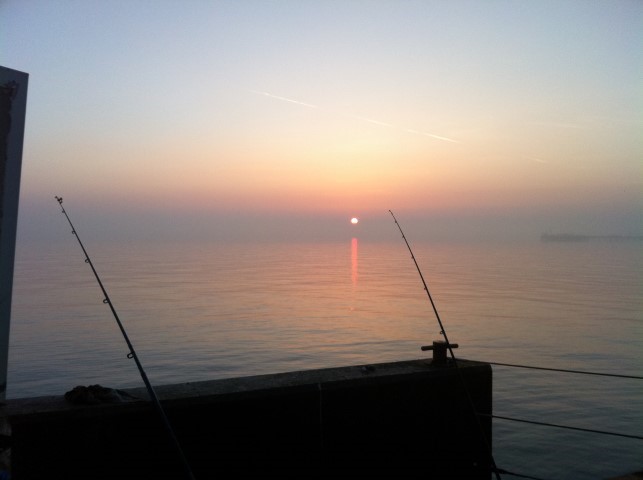