a few day behind! 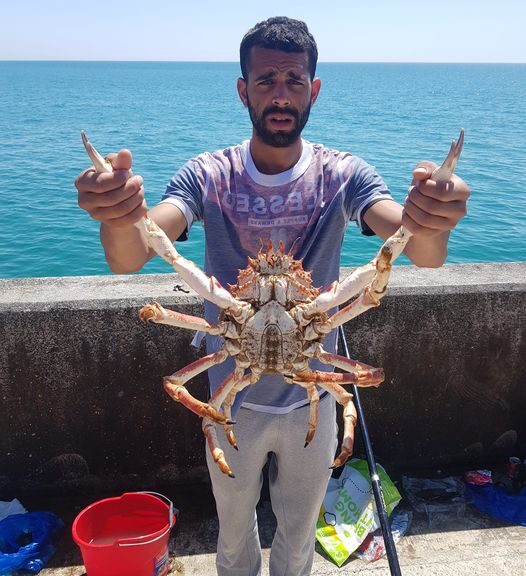 ok so ive missed a day or two but to be honest up to yesterday things had been fairly much the same will tick over reports from both walls being slow. standard for both were med-ok plaice on the east a wrasse or two and bits n pieces. west the same , a bream hear n there same with wrasse and lots of spider crabs.
Nights have improved though and the general news is its getting better and better on quality fish (those reported) especially bass. Fri to sun morning has seen some decent over 5lb bass an 8 for mullet 2 huge 4-5lb spider crabs & bream on the increase , pictured is the beastie had on the east yesterday & will be uploading more pics later today as pushed for time this sun morning
F